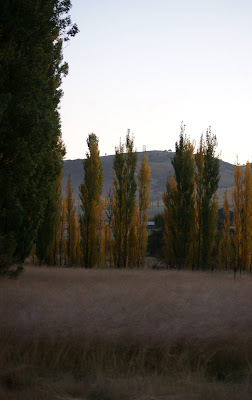 You know, the biggest teacher in life is experience, and with enough experience a person gains wisdom. It’s the wise man who knows how to divorce emotion from necessity and make decisions based on evidence and facts, not idealism and greed. What has this got to do with the farm – a lot, nothing, everything? All will become clear in the months ahead.

Not really impressed with the bacon we did recently. Way too much fat – I’ve never seen so much fat on our pigs before, I’m wondering if it has something to do with being summer pigs – most the others we’ve butchered have been winter pigs.

It’s possible I’ve got the carbo/protein balance all wrong in the pig ration - so it’s back to the drawing board. I think I’ll up the protein until the days are getting colder and see what happens. Also, I don’t think the butcher did as good a job as previously, the low nitrate brine may be an issue as well. 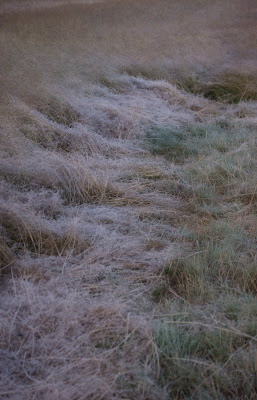 We’ve had our first frosts for the year. Two mornings so far – and one morning was below 0 degrees. The Cook is already complaining and a load of fire wood isn’t far off. Of course the first frost killed off the tomatoes, pumpkin and watermelon vines and all the other things in the garden that aren’t frost tolerant (like the Cook).

The Poplars have just started to turn yellow and soon I’ll be off collecting acorns again. I’ll have to go check out my favourite spots this weekend.

We had a very windy day on Sunday and spent a lot of the day in shelter. At one pint the chook dome (or humpy) was blown over and the chooks escaped into the garden – it took three of us to catch one rooster whom refused to go back in.

I suffered a another three in a row with flat tyres. This morning I had to change a tyre on the Jeep – like every year when the temp drops I have a series of fence issues with wires breaking and such as well – this morning was no different. So there I was trying to change a tyre, with a dozen pigs trying to help. Of course Fatso was the leader, she supervised everything I did and conducted a quality control test at the end – just to make sure. I ended up having to get the kids up to feed the buggers and fix the fence so I could finish changing the tyre.

We had the traditional School holiday sleep over with a bunch of young lads camping in the shearing shed. Glad it wasn’t me – much too cold to be sleeping outside. They had a ball, cooking dinner in a camp oven, roasting potatoes on an open fire and making damper. The Cook spent the time cooking cakes and biscuits and making hot milos.
Posted by Valley View at 3:54 PM

Does the cook have any good recipes she can teach me for what to do with green tomatoes? I have a tonne that I need to do something with and the ducks will only eat so many!!!

She has a green tomato recipe - would that serfice????

I know the feeling. And yes, chutney recipe would be great, thanks :)

Valley View
Bredbo, NSW, Australia
- Sustainable - Ethical - Local – Valley View Farm is a small family farm featuring a rustic old tumbled down cottage on the plains of the Southern Tablelands, filled with animals both big and small – the cottage that is!.

Things we belong too

Heritage listed rail bridge located on the NorthEastern boundary of the farm.

Looking down the valley